A History of Religion in America

From the First Settlements through the Civil War

Chronologically arranged and integrating various religious developments into a coherent historical narrative, this book also contains useful chapter summaries and review questions. Designed for undergraduate religious studies and history students A History of Religion in America provides a substantive and comprehensive introduction to the complexity of religion in American history. 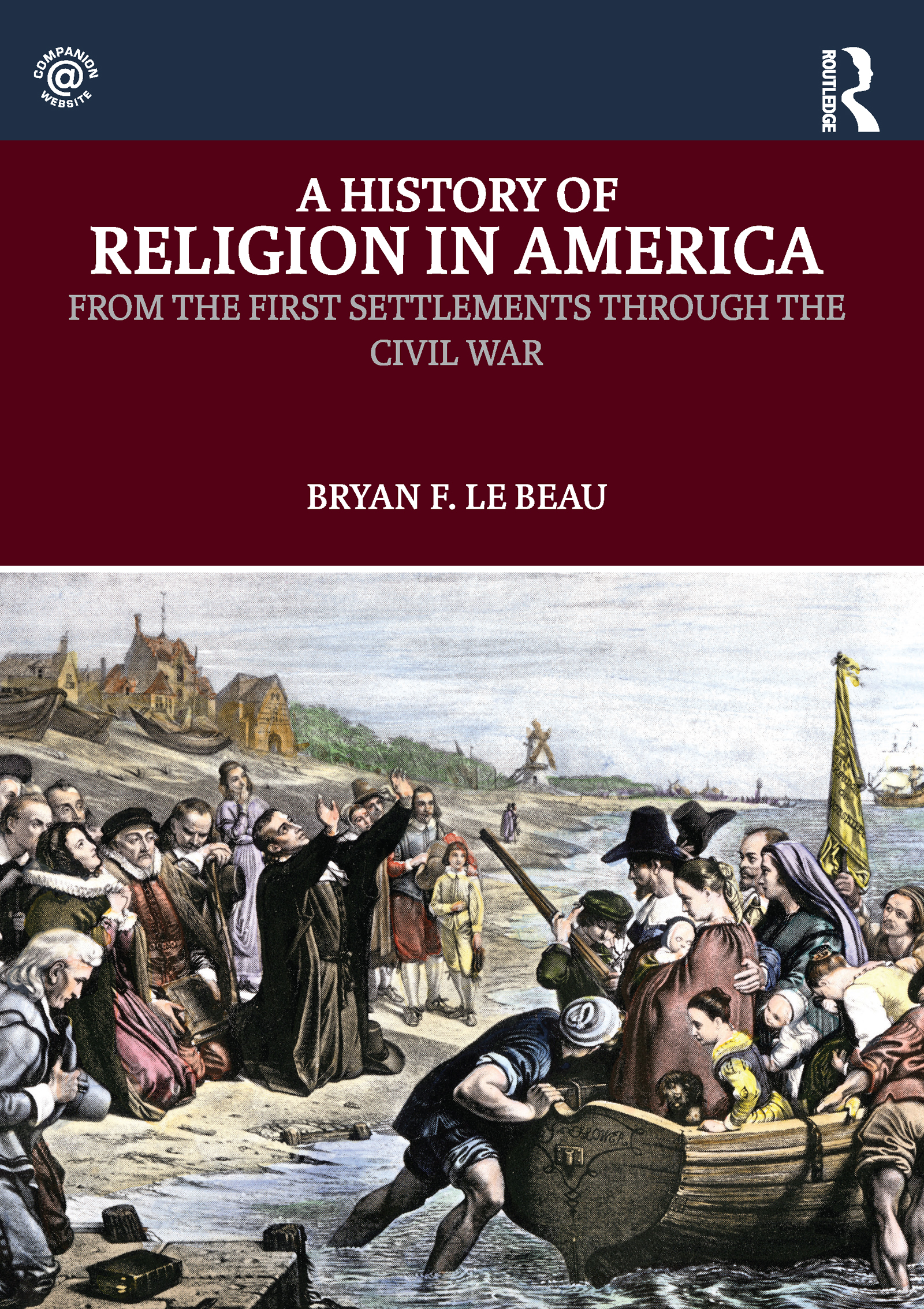 Recommended Videos to Accompany A History of Religion in America: From the First Settlements through the Civil War

The following video recommendations are intended to enhance readers’ knowledge, and to prompt classroom discussion, of topics covered in each chapter.  All of the videos listed – both feature films and documentaries – are readily available.  Feature films may require access to video distributers (e.g. Netflix, Amazon) and a rental cost.  Nearly all of the documentaries are available on the Internet at no cost.

The videos are arranged by chapter and in most cases with alternatives.  Feature films provide the opportunity to explore how historical events have been interpreted and dramatized on the “silver screen,” where the interpretations appear to vary from the historical record, and why the filmmaker chose to use his or her creative license in making changes.   The documentaries stick closer to the historical record and provide greater depth on various topics than is provided in the text.

Synopsis: This feature film was produced in 1986.  It does not focus on territories that would be included in the United States.  It does provide a broader perspective on Spanish missions in the colonial period and comparisons to their efforts in California, or even those under the French and British.  In particular, it tells the story of eighteen century Spanish Jesuits who build a mission among the remote Guarani of South America with the purpose of converting them to Christianity, but that end up attempting to protect them from the threat of their falling under the rule of pro-slavery Portugal.

Synopsis: This two part documentary, produced in 1998 by A & E (“In Search of History”), profiles Juniper Serra and this founding of the California Missions during the eighteenth century.  Used in tandem with website supplementary materials on Spanish missions, it is intended to prompt further consideration of the goals of the Spanish missions, the methods employed, and the impact on Native American culture.

Chapter 2: British colonization and the origins of American religion

Synopsis: This PBS/WGBH Frontline documentary, produced in 2010, provides an overview of how European colonization of the “New World” challenged and changed the religions the first settlers brought with them. Although the first segment deals with Spanish colonization, the primary focus is on “the Puritan Experiment.”

Synopsis: This feature film, inspired by the Salem witchcraft trials, was produced in 1996.  The screenplay was written by Arthur Miller, adapting his play of the same title which was first staged in 1953, in the midst of the communist witch hunts.   As such the movie, which is only loosely based on actual events of the 1692, is ripe with layers of interpretation and topics for discussion.   Additional information on the Salem witchcraft trials can be found among the supplementary materials for Chapter 2 on the companion website.

Chapter 3: Religion and the American Revolution

Synopsis: This PBS/WETA documentary was produced in 2012.  It examines how the concept of religious  toleration, then freedom, developed during the colonial period, became front and center in the era of the American Revolution and was codified for the first time in history in the United  States Constitution.    Additional information can be found among the supplementary materials for Chapter 3 on the companion website.

Chapter 4: Religion and the Early Republic

Synopsis: This PBS/WGBH Frontline documentary, produced in 2010, considers America’s experiment in religious liberty in the first few decades of the nation’s history.  It looks at the alliance between evangelical Baptists and Enlightenment figures such as Thomas Jefferson, provisions for religious freedom in the First Amendment to the U.S. Constitution, the “religious marketplace of ideas” that developed as the nation expanded westward, and the conflict that arose between the Protestant establishment and immigrant Irish Catholics.  Additional information can be found among the supplementary materials for Chapter 4 on the companion website.

Chapter 5: Religion and the age of reform

Option 1: The Shakers: Hands to Work, Hearts to God (57 minutes)

Synopsis: This PBS documentary by Ken Burns was produced in 1985.  It explores the history of the United Society of Believers in Christ’s Second Appearing, better known as the Shakers because of their ecstatic dancing.  Despite being celibate, this nineteenth century experiment became the most enduring of religious communal experiments in American history.

Option 2: Not for Ourselves Alone: The Story of Elizabeth Cady Stanton and Susan B. Anthony (3 hours: 30 minutes)

Synopsis: This documentary by Ken Burns was produced by PBS/WETA in 1999.  It looks at the collaboration between Elizabeth Cady Stanton and Susan B. Anthony in advancing women’s rights, especially suffrage, in the nineteenth century and the impact of their efforts on women in American society today.  Additional information on Anthony and Lucretia Mott, another women’s rights advocate, can be found among the supplementary materials for Chapter 5 on the companion website.

Synopsis: This PBS/Independent Lens program was produced in 2003. It tells the story of Nat Turner, who led a murderous slave revolt in Virginia in 1831.  Part documentary, part dramatization, this video examines one of the most enigmatic figures in American history through the lens of the many, often conflicting, interpretations of as to his motives, including his professed religious beliefs.   Among the questions it poses is worth discussing, is: Was he a revolutionary hero or a fanatical killer?

Synopsis: This feature film was produced in 2016.  It also tells the story of Nat Turner and the slave revolt described above.  But for what some describe as the artistic license employed in bringing this historic event to the “silver screen,” it has attracted considerable controversy.  See for example the reviews in The New Yorker and The Nation, linked below.   This provides an opportunity for comparing the documentary to the popular movie as to how both employed the historical record in their presentations.

Chapter 7: Civil war and the churches

Synopsis: This C-SPAN/BookTV program was produced in 2000.  It features an interview with Allen Guelzo, author of the book, Abraham Lincoln: Redeemer President (2000). Guelzo explores Lincoln’s moral and religious beliefs that underscored his leadership during the Civil War.

Synopsis: This PBS/WGBH Frontline documentary, produced in 2010, also explores Lincoln’s religious beliefs, but it does so in documentary format and in the context of the religious beliefs that helped shape the origins of the Civil War. Special attention is paid to Lincoln’s “Meditation on the Divine Will” and the religious elements of “The Battle Hymn of the Republic.”  The companion website’s supplementary materials for Chapter 7 provide further insights into this topic.