Join industry experts Bill Kinder and Bobbie O’Steen as they guide readers on a journey through every stage of production on an animated film, from storyboards to virtual cameras to final animation.

With unprecedented access to the Pixar edit suite, this authoritative project highlights the central role film editors play in some of the most critically acclaimed and commercially successful movies of all time. The animation editor’s key contributions emerge through exclusive interviews with Pixar editors, as well as directors, producers, and creative heads. Case studies of never-before-seen works in progress reveal the editor’s profound responsibility to a film’s audience. In addition to exploring method and craft, this book provides important context for the editor in film history, the evolution of technology, and Pixar’s uniquely collaborative studio culture.

A must-read for students of digital filmmaking methods, filmmakers in all aspects of production, and fans of Pixar movies. This uniquely educational, historical, and entertaining book sheds light on how beloved stories are crafted from the perspective of crucial members of the filmmaking team.

Co-authors Bill Kinder and Bobbie O’Steen are esteemed experts in the field. Kinder was the founding director of Editorial and Post Production at Pixar from 1996-2014. O’Steen is a film historian and educator specializing in editing, and the author of The Invisible Cut and Cut to the Chase.

“The art of editing is little understood, all the more so in the world of animation. This illuminating book explains how Pixar completely reshaped the role of the film editor, with clear examples and video links to boot. I hope other producers follow Pixar’s lead; the results speak for themselves.”

—Leonard Maltin, Author, Of Mice and Magic: A History of American Animated Cartoons

“As a live action editor, imagine my surprise when I discovered that animation editing shares the same dramatic values of live action: story structure, characterization, performance, pace, and emotional impact. From the first drawing through endless iterations with dialog, sound, and music, anything and everything is possible, with the editor at the core of the collaborative, creative process. Filmmakers will treasure this artful book about animation storytelling from the inside out.”

“Bill Kinder’s and Bobbie O’Steen’s wonderful book reveals that editing is at the heart of Pixar’s digital animation process. It sheds light on how editors are involved with a production from the earliest stages of concept and design, through background and layout, and into the complex and extended phase of post-production. This book will change your understanding of how digital animation is made.” 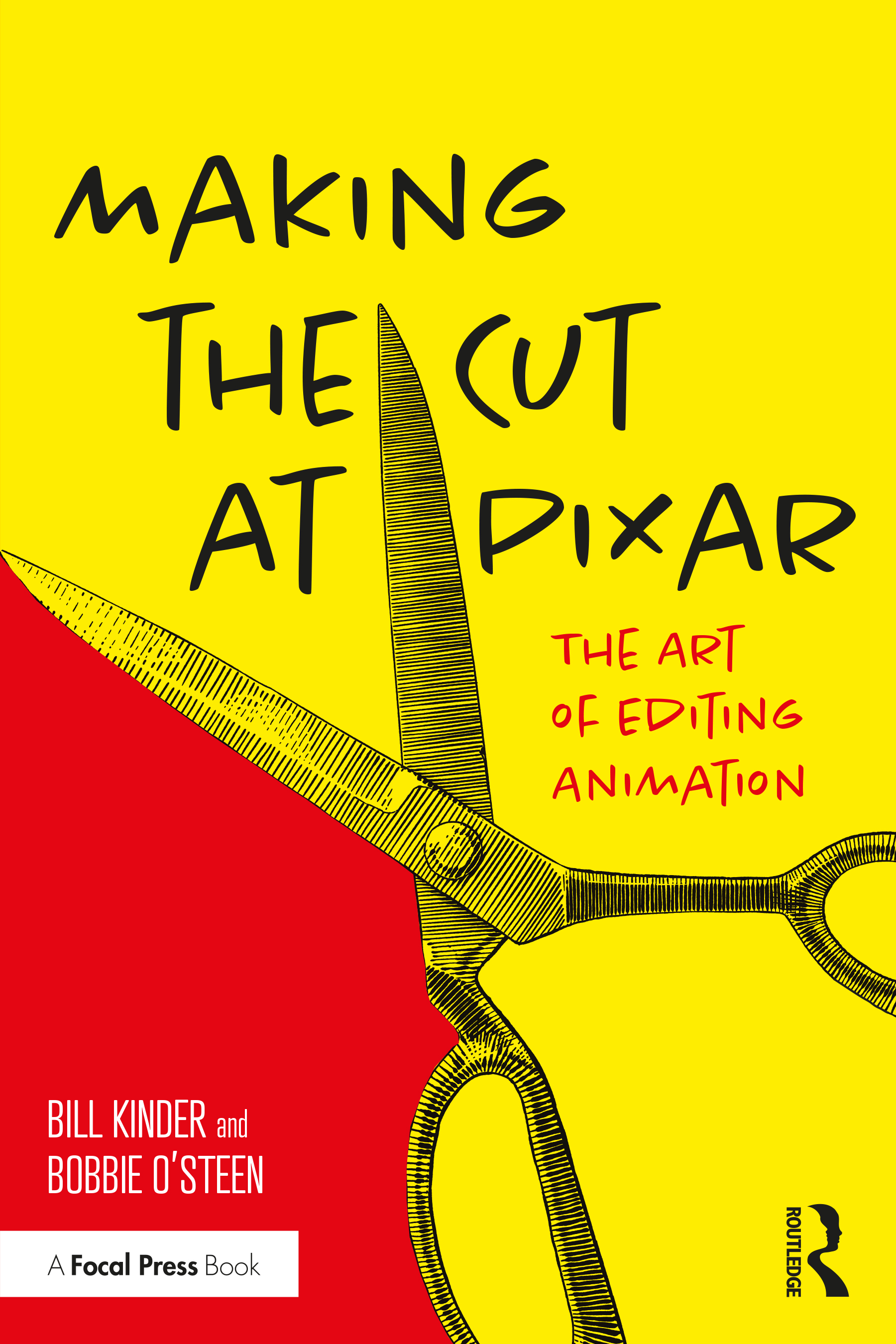