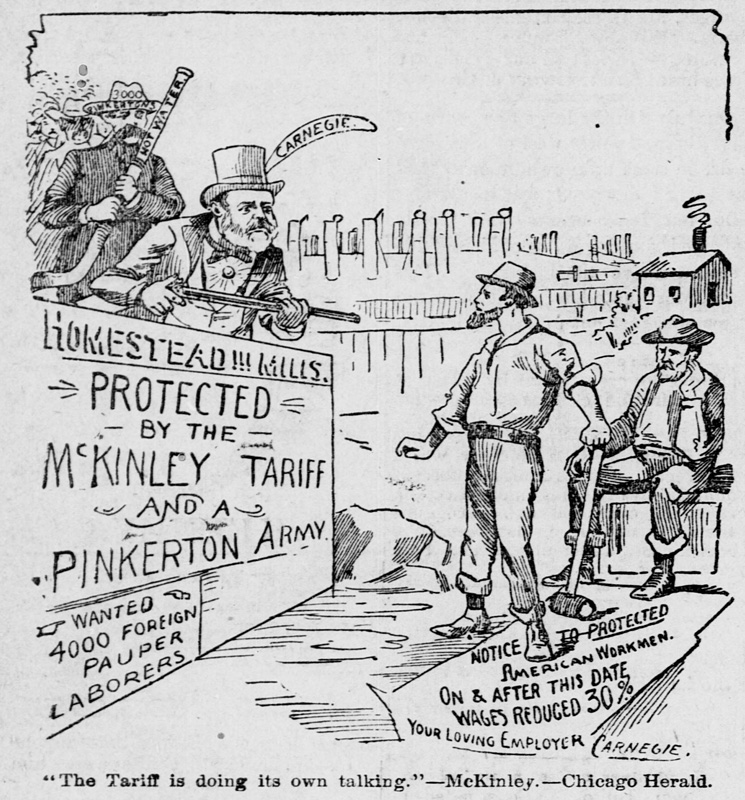 Tarrifs were a form of economic 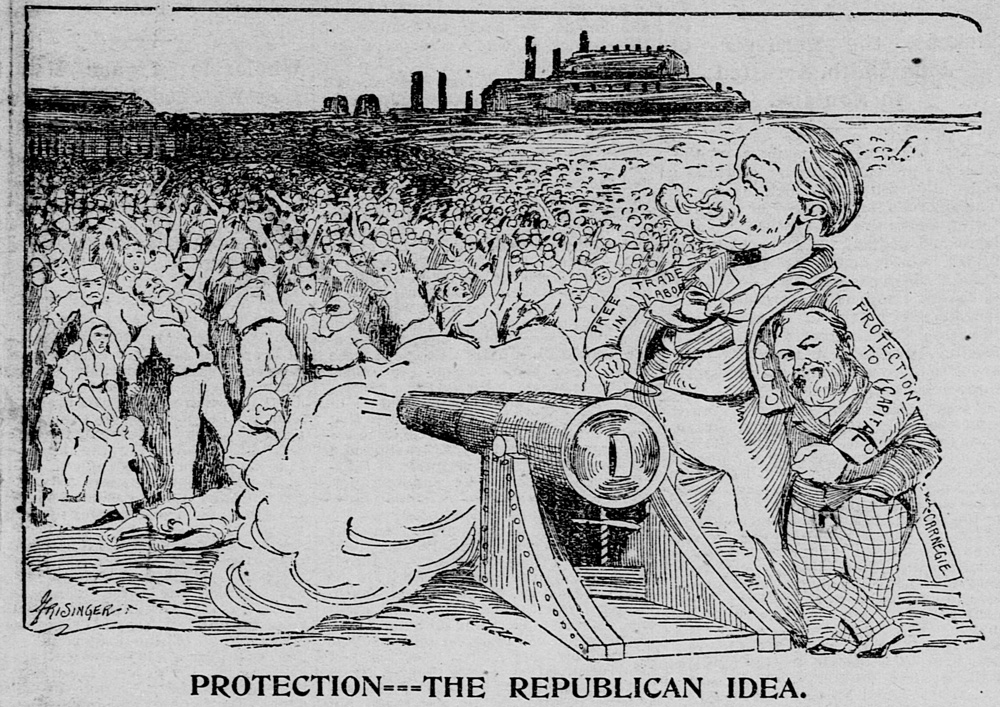 This political cartoon criticizes both Carnegie and Republican President Benjamin Harrison, who is shown with his arm around the industrialist 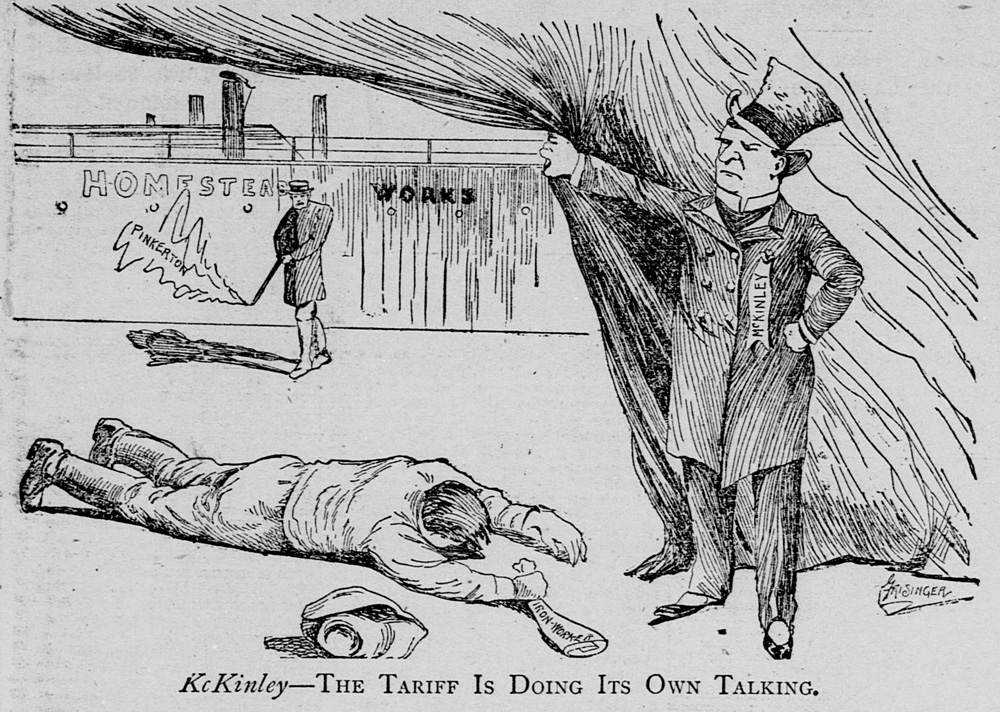 This political cartoon depicts former Congressman (and later President) William McKinley looking down at the body of a Homestead striker who has just been shot by a Pinkerton agent. This cartoon, like the previous two, draws a connection between the tariff that carried McKinley's name and the violent suppression of strikers at Homestead. (St. Paul Globe, July 7, 1892.) 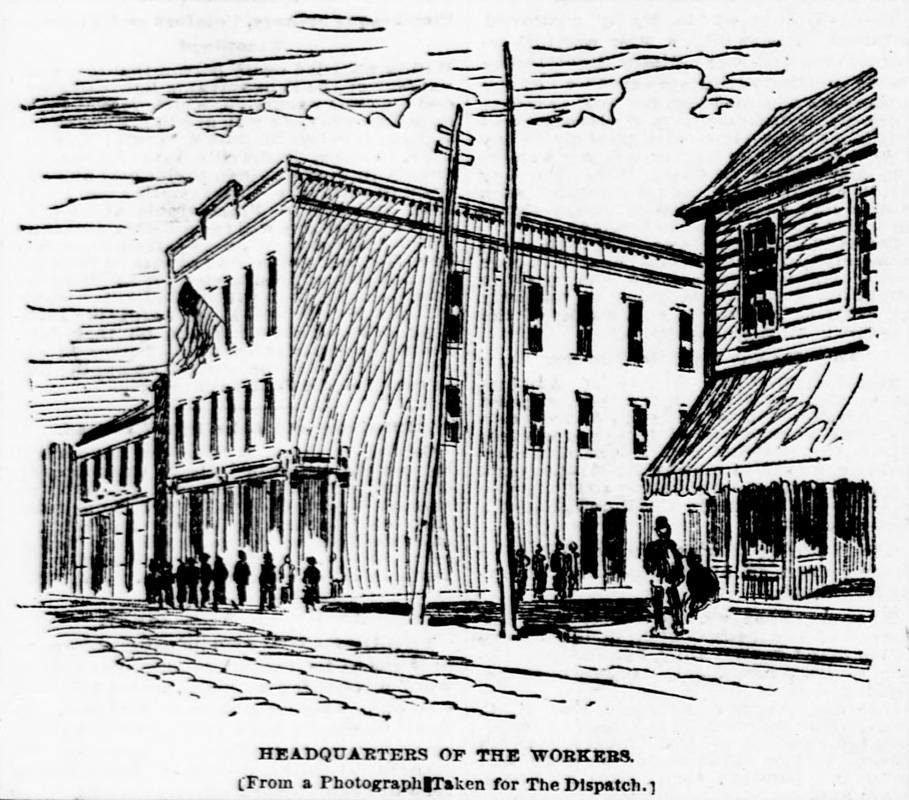 An image of the Bost Building, which served as the Amalgamated Association of Iron and Steelworker's headquarters during the strike. (Pittsburg Dispatch, July 10, 1892.) 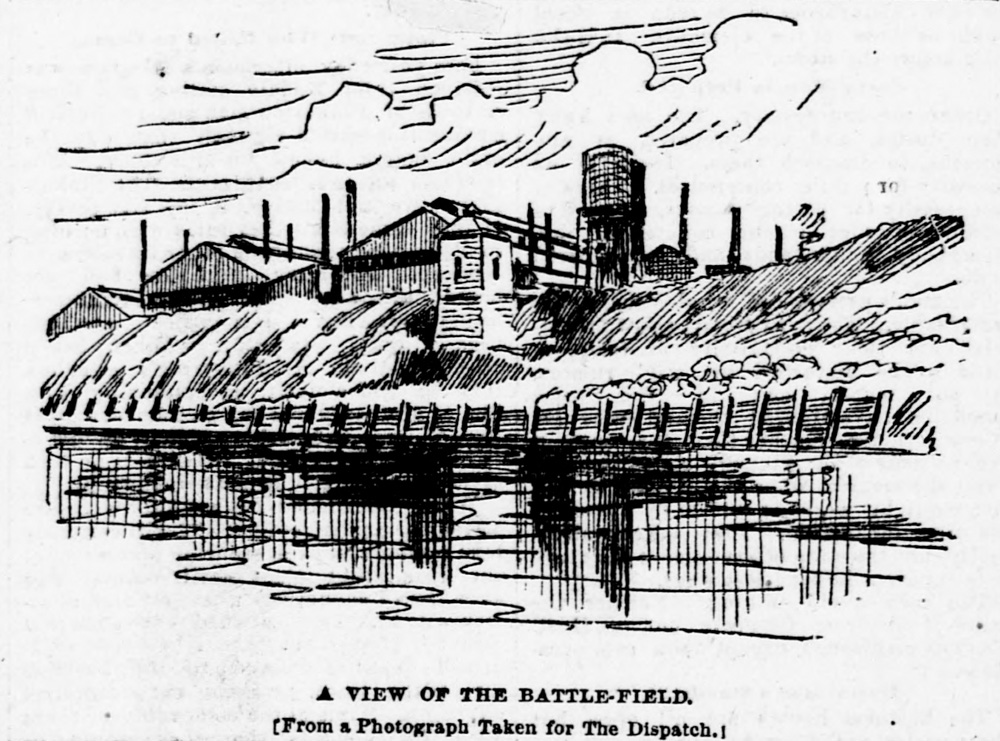 A depiction of the Homestead works from the river near where the Pinkertons tried to land. (Pittsburg Dispatch, July 10, 1892.) 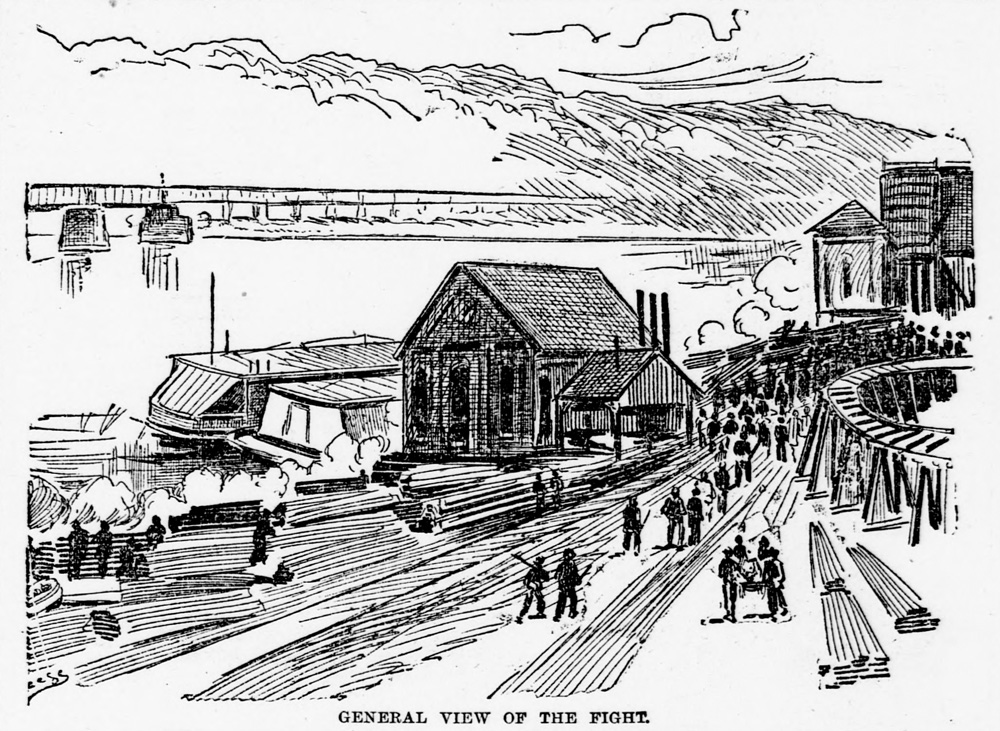 An aerial view of the Homestead works looking out toward the river. Clearly visible are the Pinkertons' barges and the large crowd of strikers who confronted the agents. (Pittsburg Dispatch, July 7, 1892.) 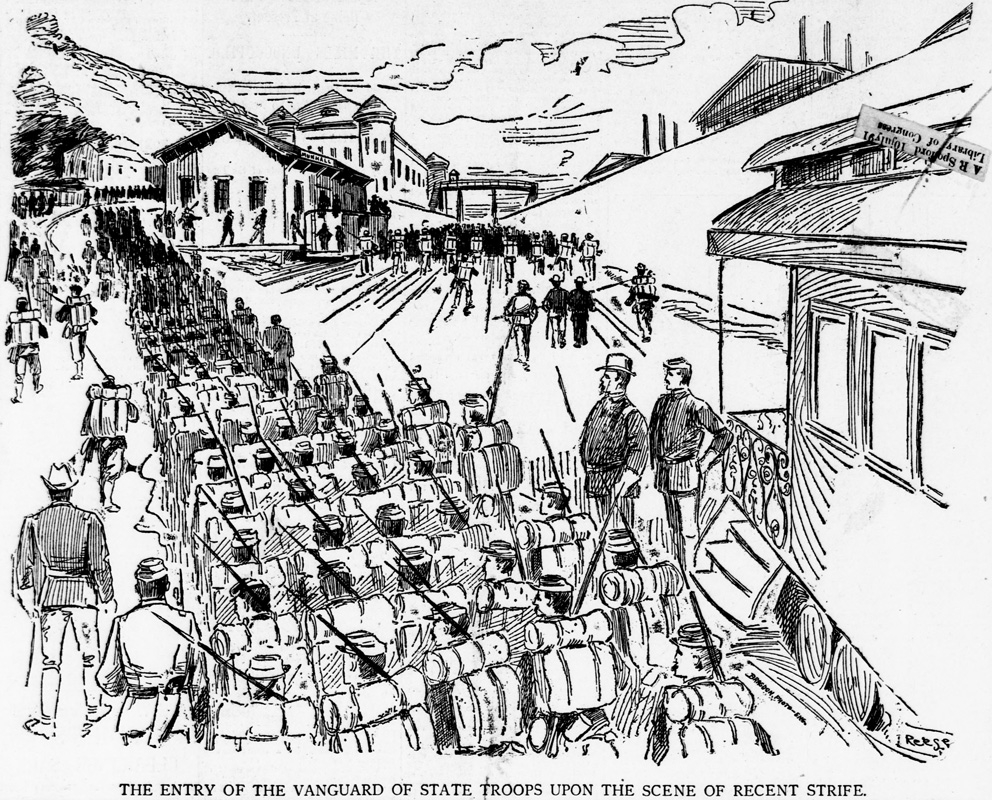 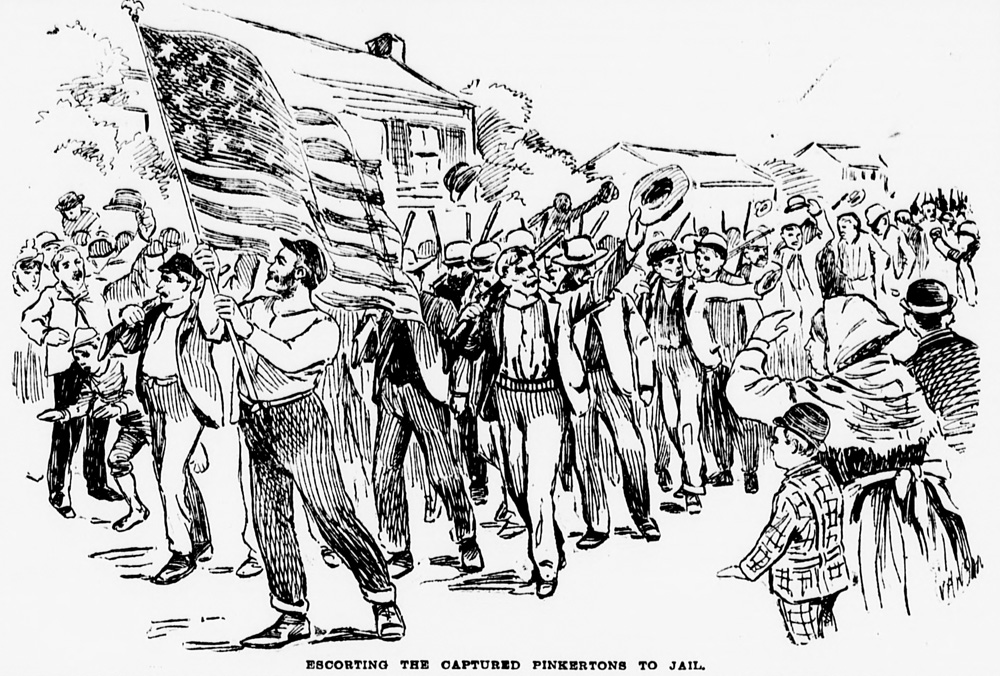 An image of the triumphant strikers escorting the captured Pinkerton agents to Homestead's makeshift jail at the town's opera house. (The Evening World, July 7, 1892.) 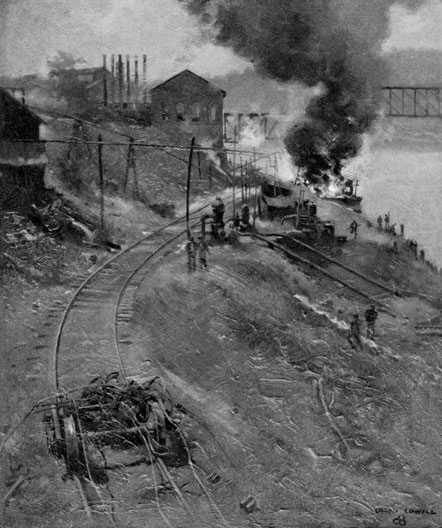 A view of the Pinkertons’ barge in flames following their surrender. (Courtesy of Rivers of Steel National Heritage Area.) 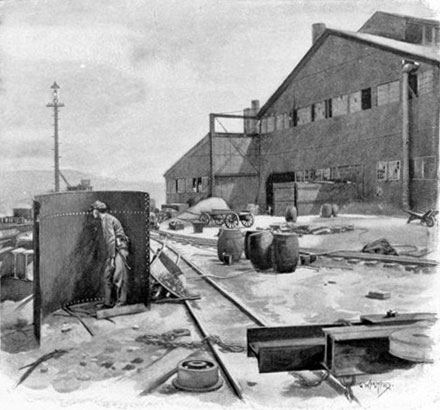 One of the strikers mans a barricade at the Homestead mills during the Pinkertons’ attempt to land. (Courtesy of Rivers of Steel National Heritage Area.) 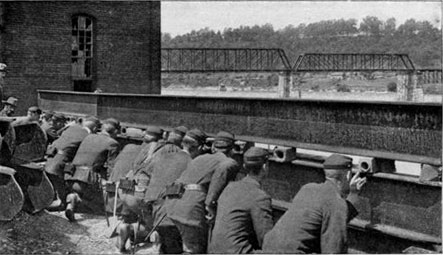