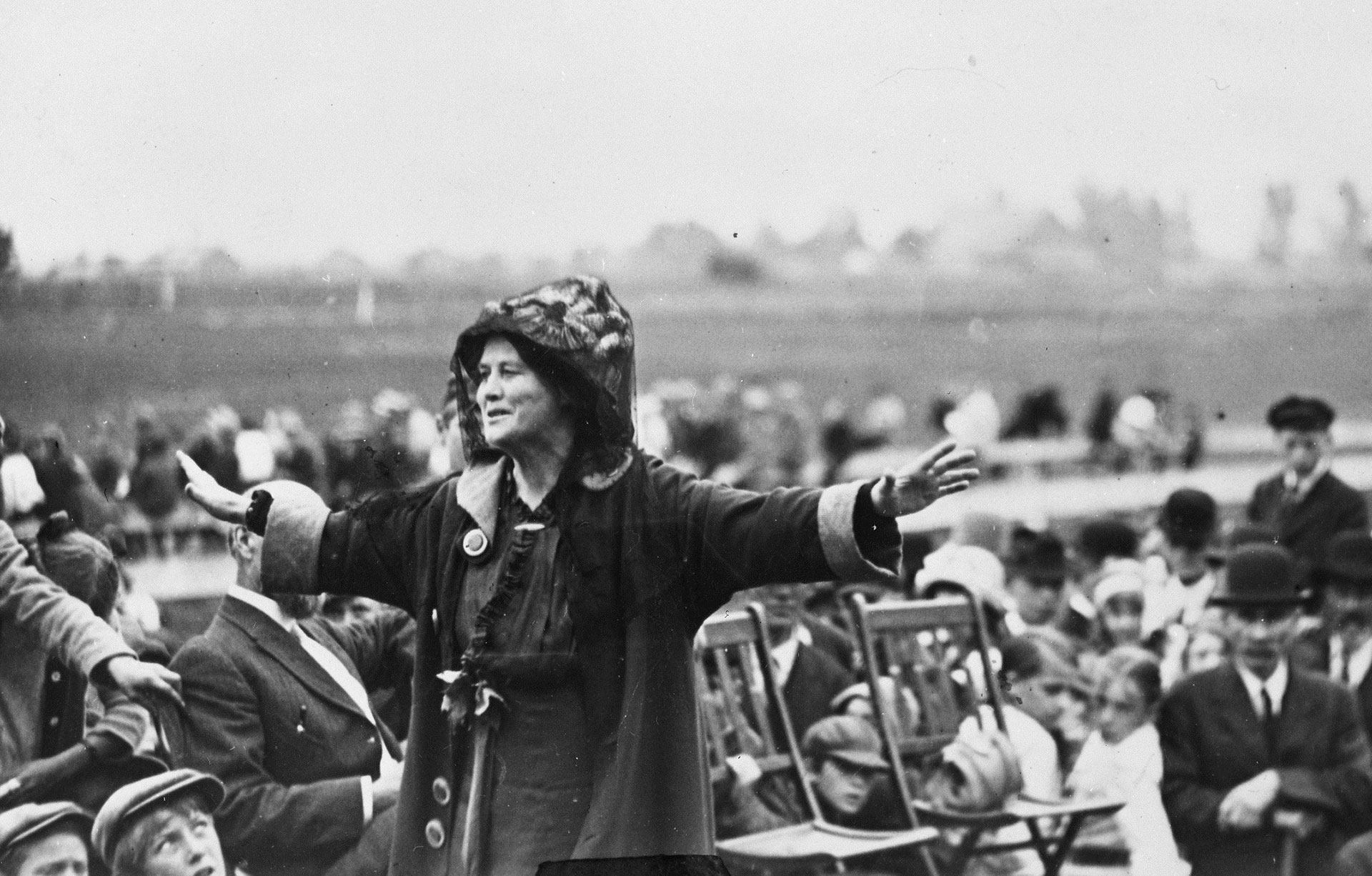 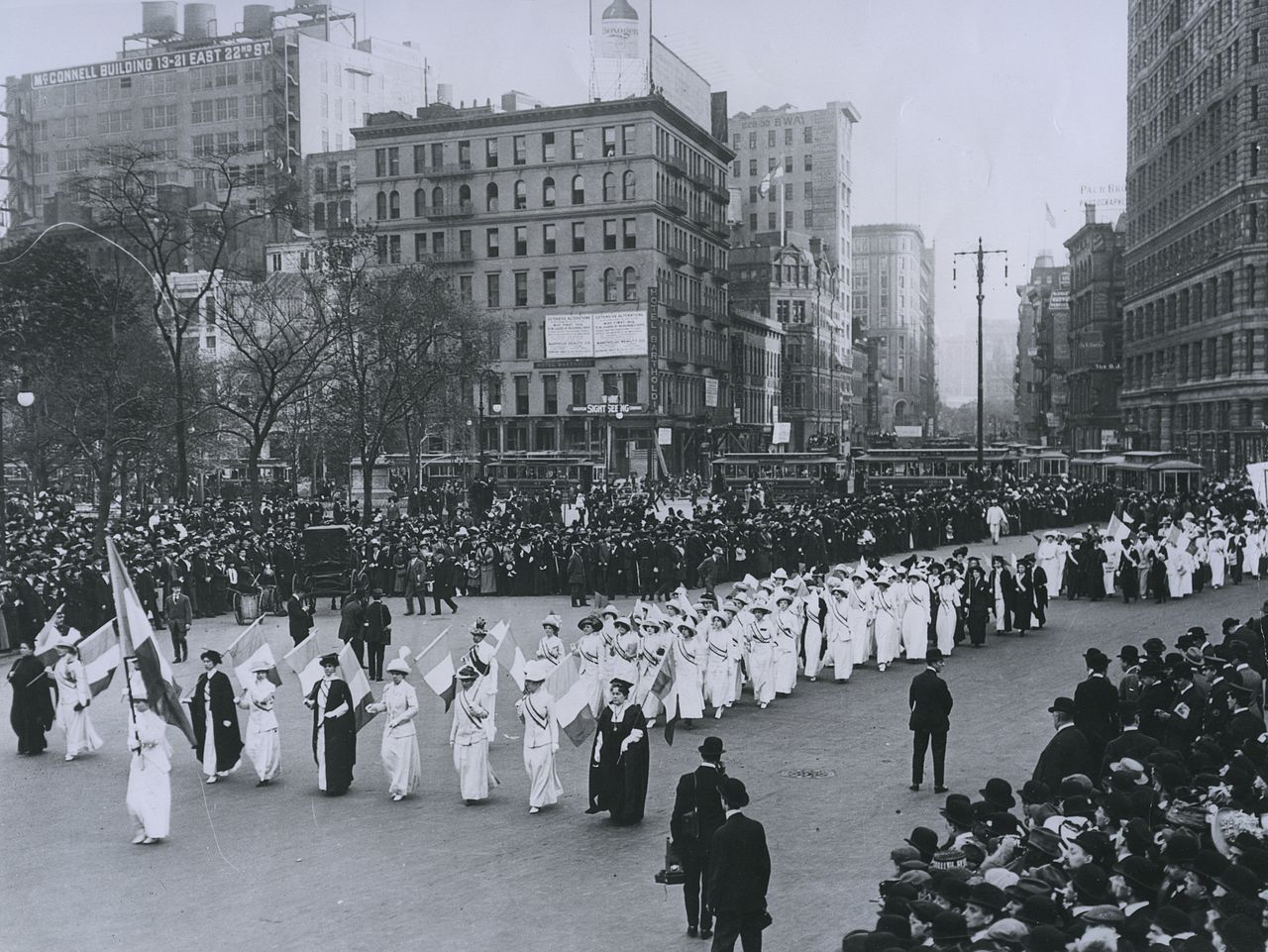 Belle La Follette marched in this massive women’s suffrage parade in New York City on May 4, 1912, reporting on the event in La Follette’s Magazine. (National Archives and Records Administration, 208-PR-14M-1) 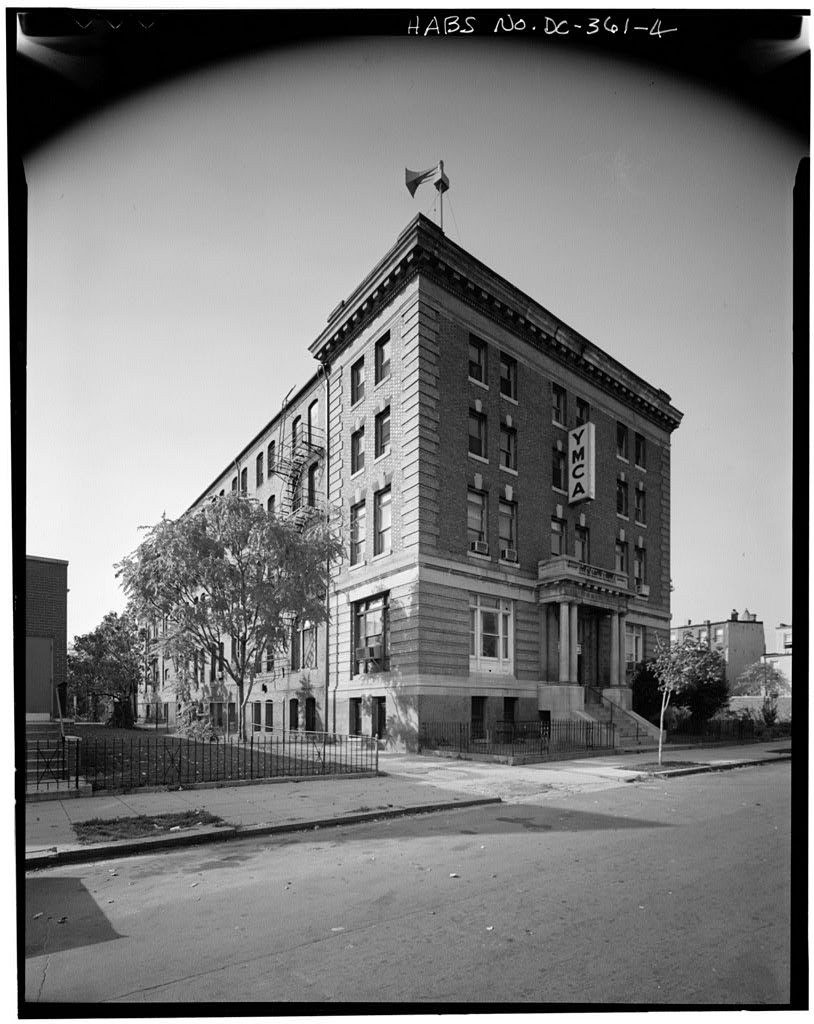 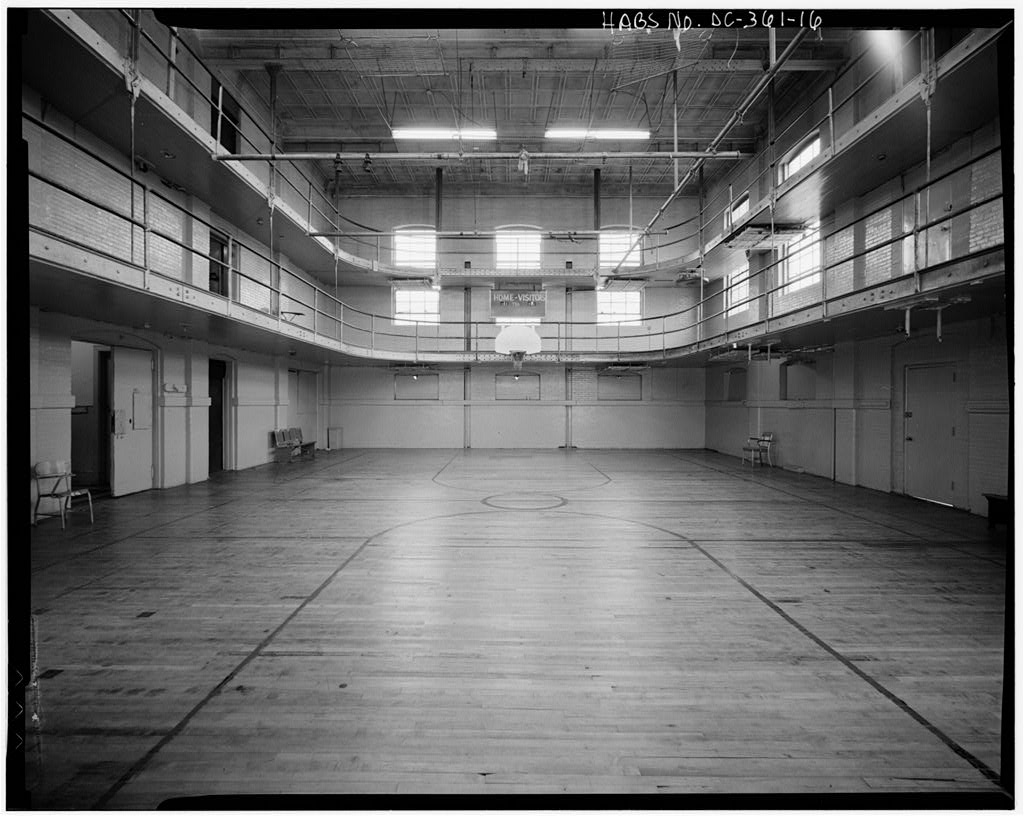 The exterior and interior of the Twelfth Street Colored Y.M.C.A. of Washington D.C., where Belle La Follette gave an electrifying speech against racial segregation to one thousand African Americans on January 9, 1914. (Historic American Buildings Survey, Library of Congress, Prints and Photographs Divison) 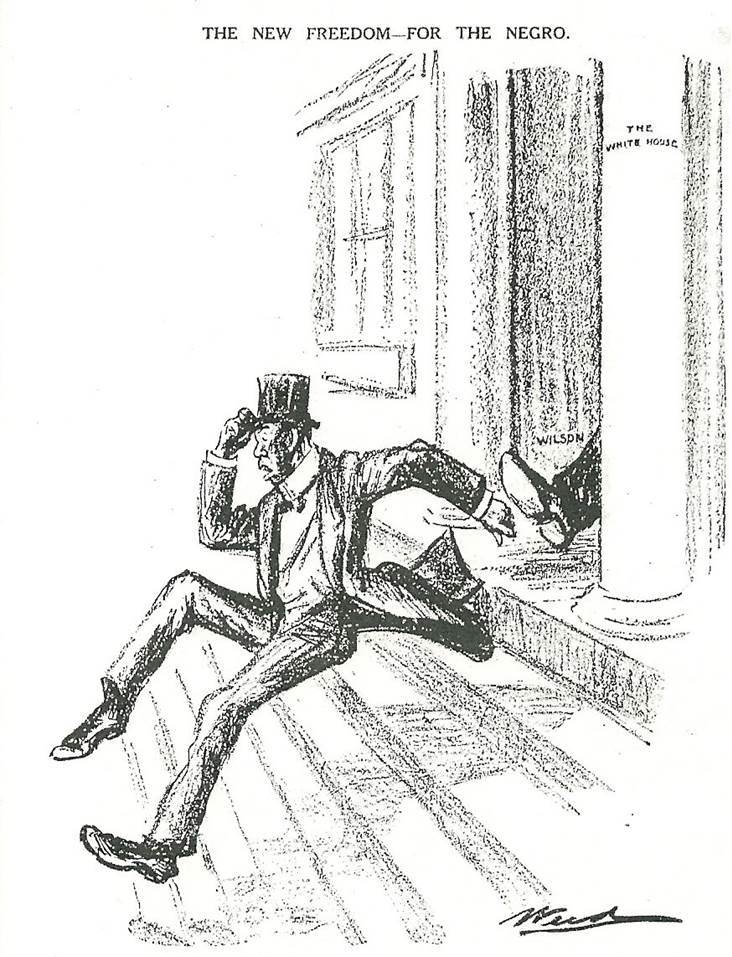 When William Monroe Trotter denounced Woodrow Wilson on November 12, 1914, for his segregation policies, he was ejected from the White House. This cartoon appeared in the New York Tribune two days later, noting bitterly that the president’s promises of a “New Freedom” from undue government regulation did not apply to Negroes. Belle La Follette used the incident to once again press her point in the pages of La Follette’s Magazine: “What becomes of the fundamental principles of our institutions if the color line or any other arbitrary line can be drawn by the government among its civil service employees?” (New York Tribune, November 14, 1914.) 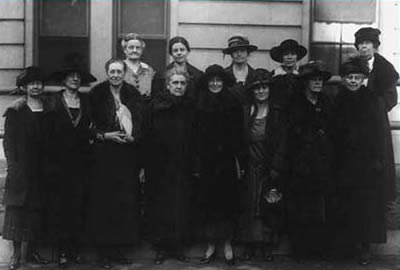 Leaders of the International League of Peace and Freedom in Washington, D.C., in 1919. Belle La Follette is in the front row, third from the right. Jane Addams is also in the front row, fourth from the left. (Library of Congress, LC-USZ62-6436) 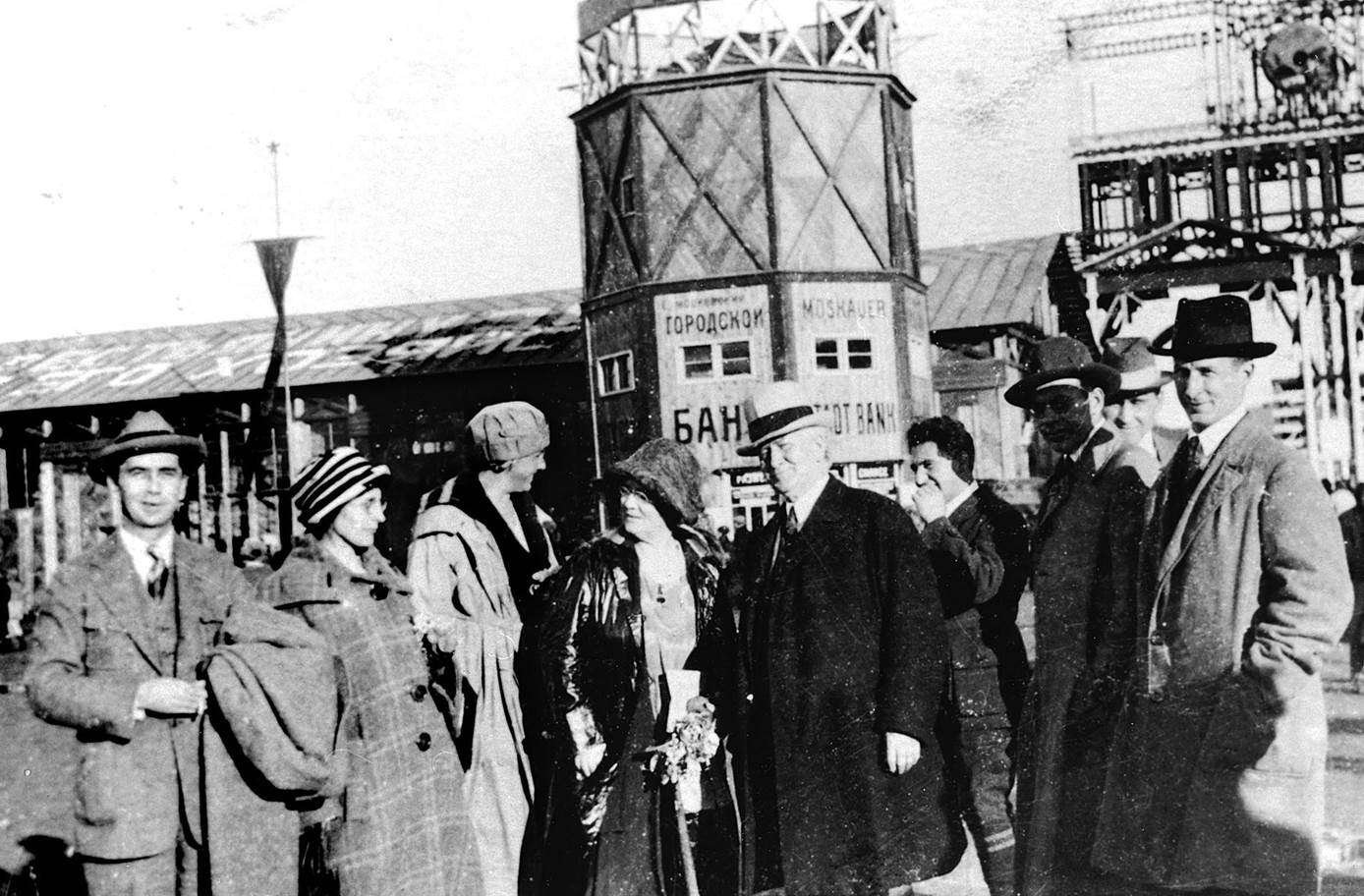 Belle La Follette, in the dark coat, is in the center of this picture taken in the Soviet Union in 1923. She's standing next to her husband. The domestic reforms they observed firsthand so dazzled Belle that she was somewhat blinded to the political oppression noted by Bob. (Wisconsin Historical Society WHi[X3]51968) 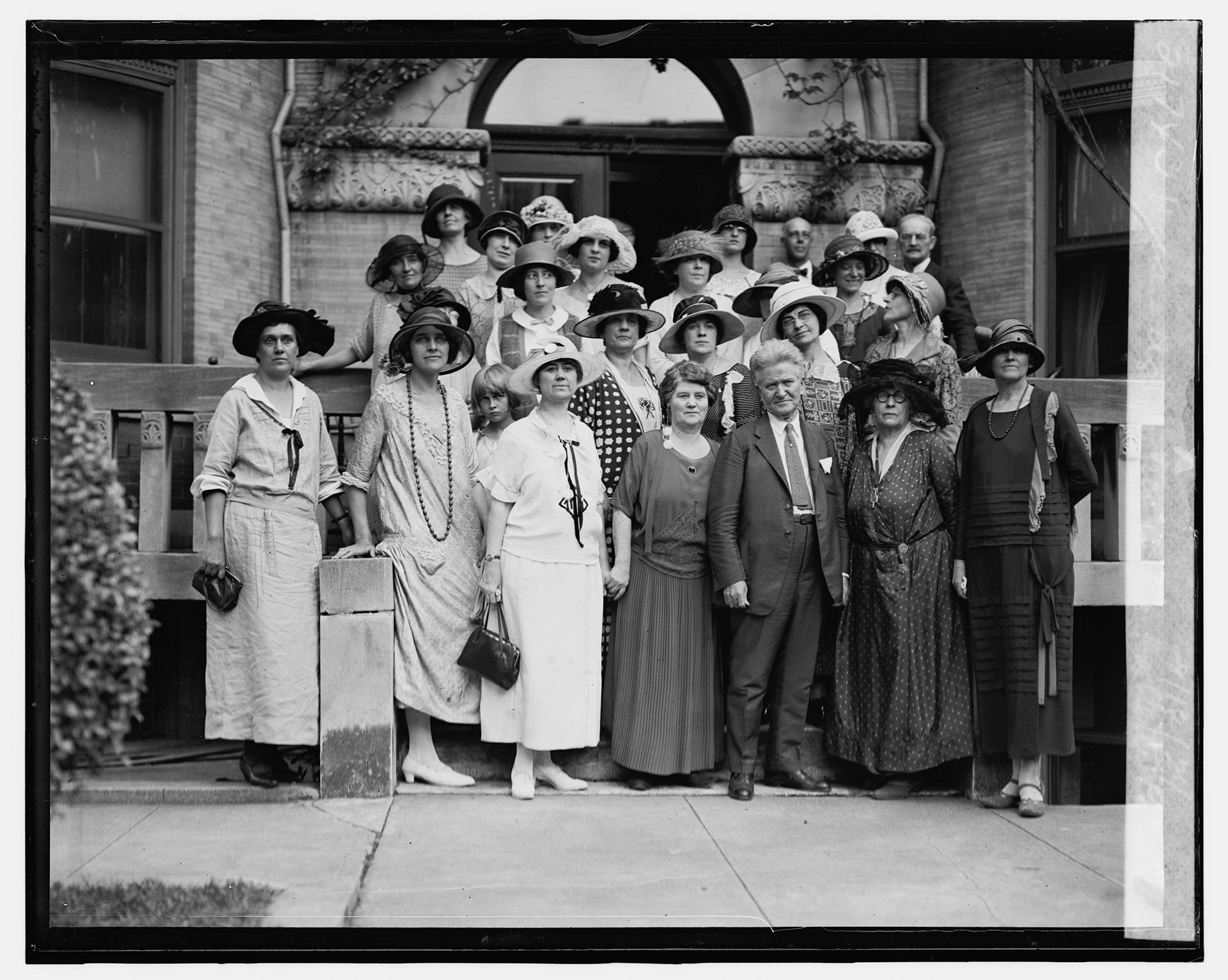 Belle La Follette stands in the middle of the front row, next to her husband, on August 12, 1924. Belle campaigned aggressively to garner women’s support during Bob’s final presidential bid. (Library of Congress, LC-DIG-npcc-11939) 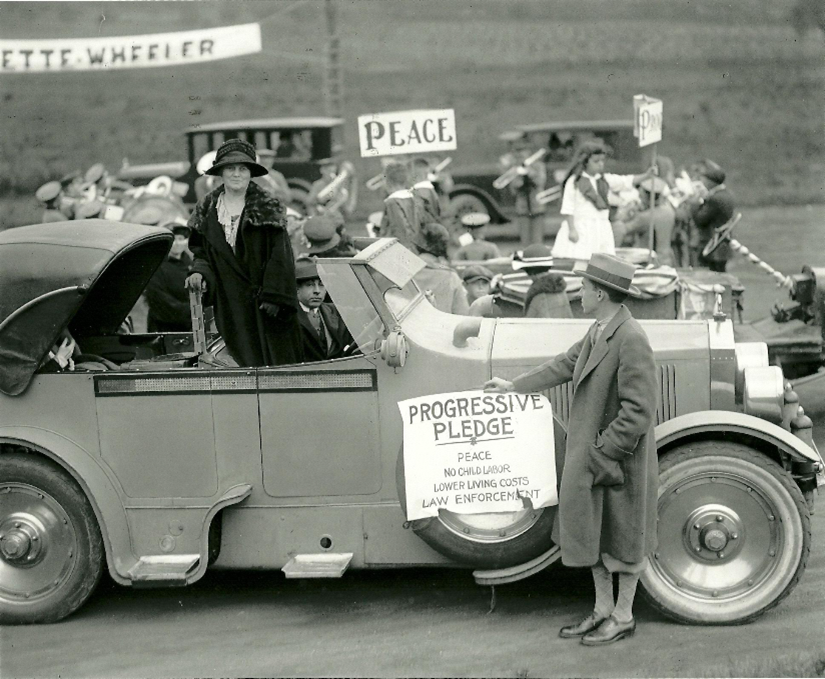 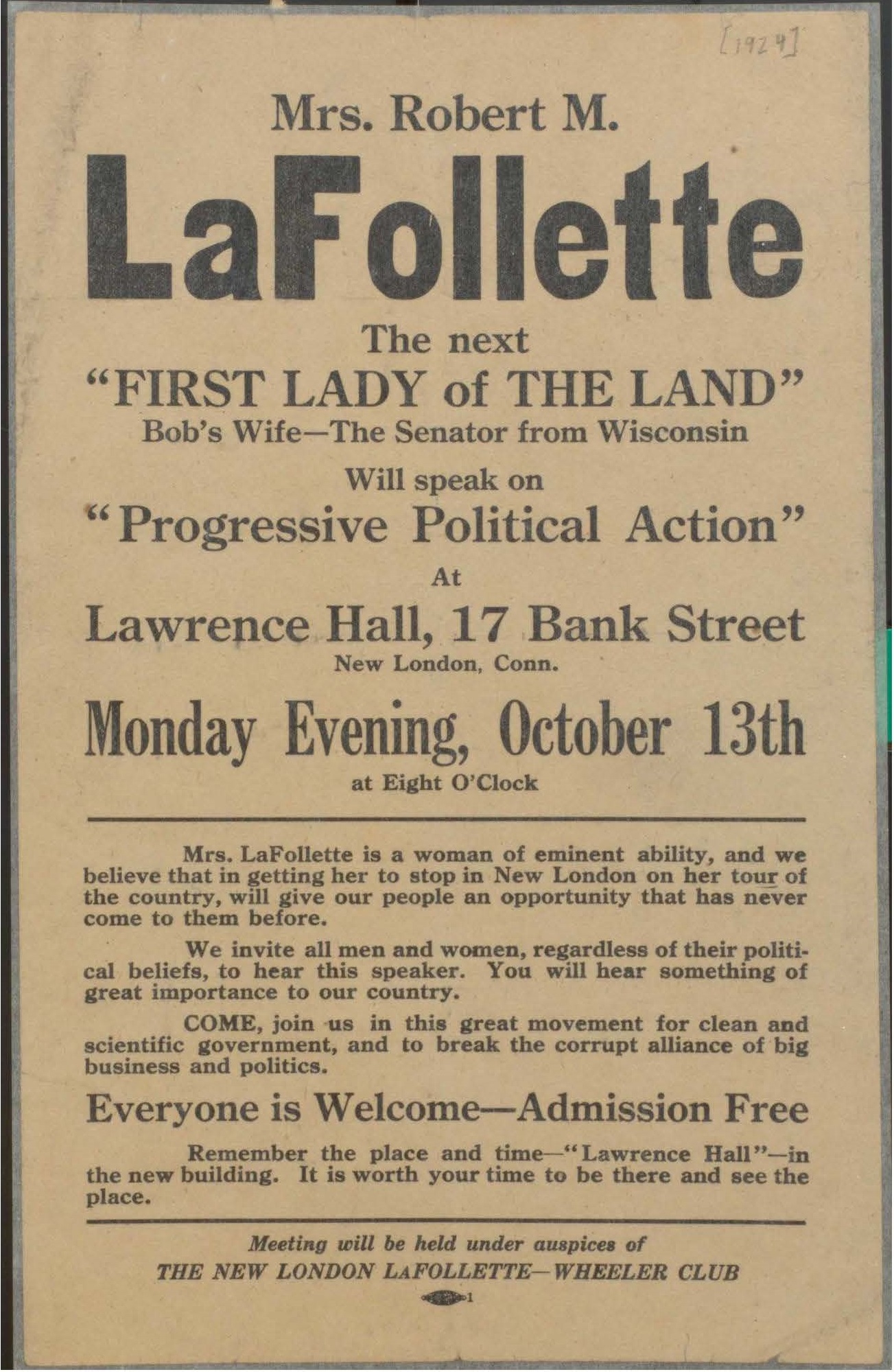 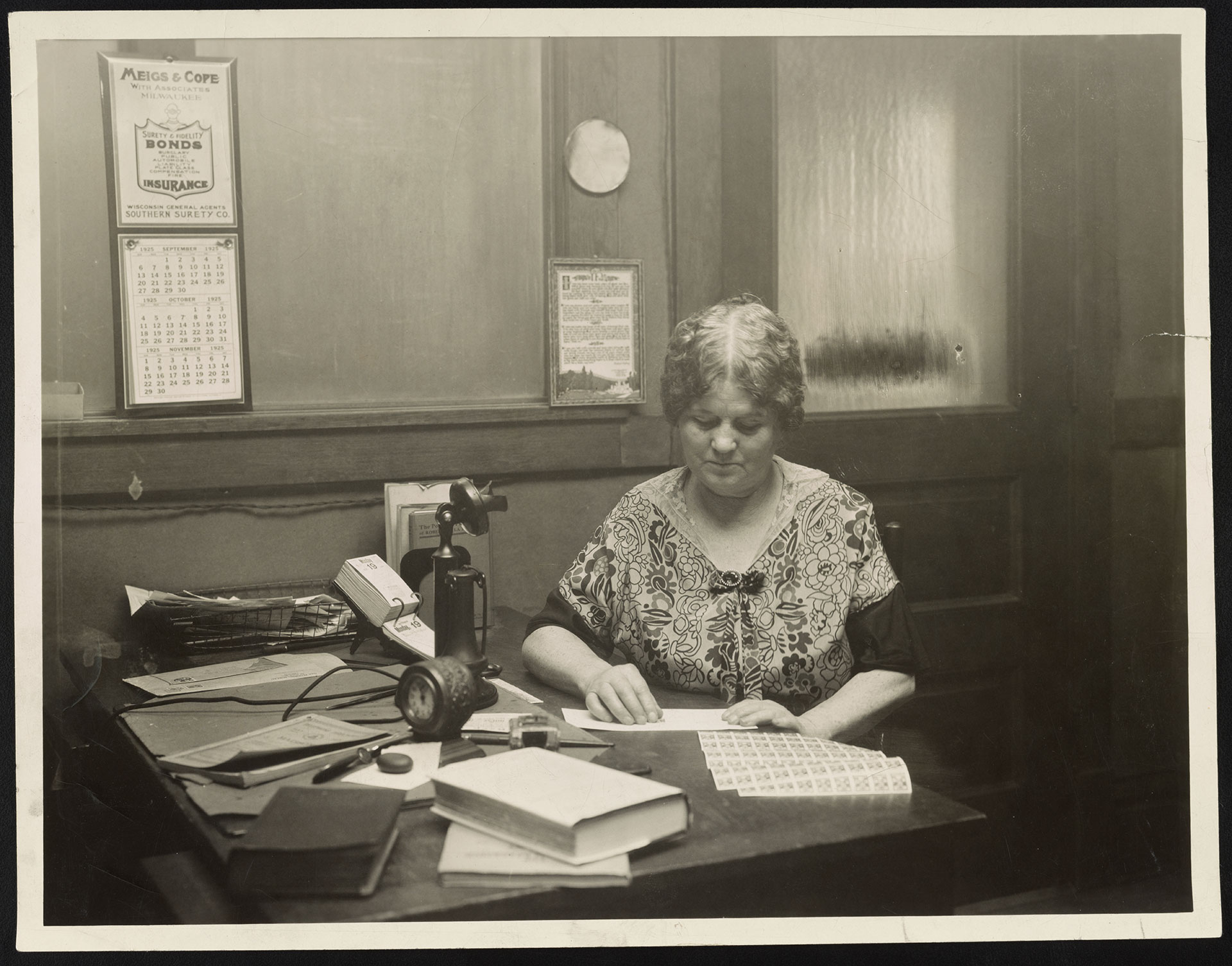 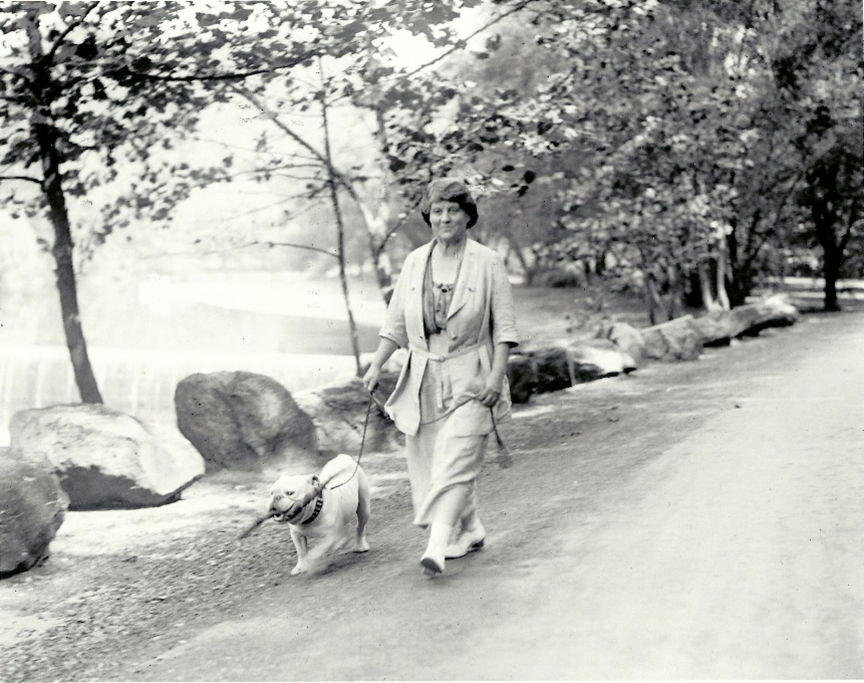