How the 3rd edition came about

Sue and Emily discuss about how the third edition came about and how it differs from the second. (With questions from Sue's husband, Adam Hart-Davis.)

This website brings together a range of resources that we hope will be of interest to you if you want to explore a topic of consciousness in greater depth.

The website includes some general material that is relevant to the study of consciousness overall, as well as chapter specific resources such as video and audio topic suggestions to help you explore further. Film, literature and TV recommendations are also provided for each chapter.

Finally, make sure you take a look at our author videos to help you get the most out of your study of consciousness. 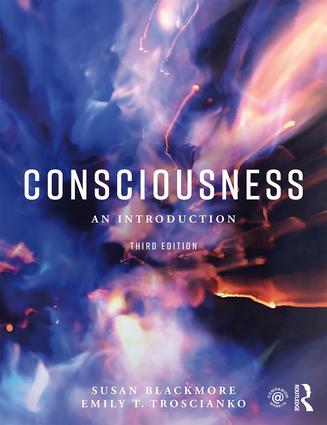 You may wish to use the book in a different way, or to emphasise different parts of it, depending on whether your interest is primarily in philosophy, psychology, or neuroscience. In each case, begin with the brief introduction. This explains that each of the six sections is relatively independent, and can be used alone, but whichever sections you choose, first read Section One (or at least Chapters 1 and 2) on the nature of the problem. The introduction also explains the personal practice exercises that run throughout the book and the importance of balancing personal inquiry with academic study.

Here are some suggestions for using the book in different ways. The chapter summaries should also help you decide which sections of the book would be most useful for you.

If you are a lecturer who has used the book and have further suggestions that have worked for you please do let us know.

Other subsections that may be of interest: